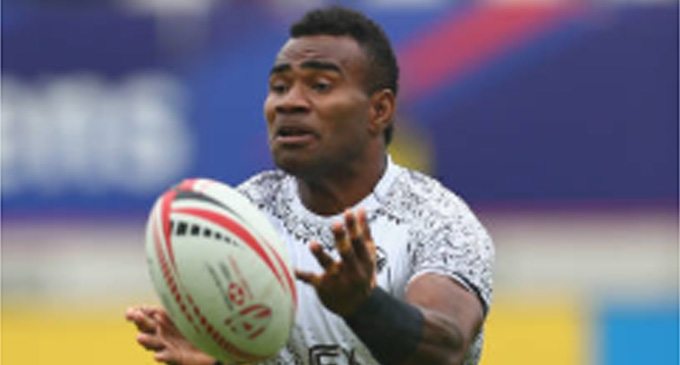 In addition to holding the rights to retail FRU merchandise at games and in store, Tappoo will also introduce an exclusive Fiji Rugby Union trophy installation into their department stores in Sigatoka, Nadi, Lautoka and Suva City.

The display will exhibit selections of Fiji Rugby Union current and historical Plates, Cups and Trophies won on the international stage including HSBC World Sevens trophies, the Pacific Nations Cup and other such coveted prizes.

The trophy display will be the first of its kind for Fiji and an initiative Executive Director of the Tappoo Group Mr. Harnish Tappoo says they are proud to be bringing to rugby fans both local and visiting.

“We have always been proud to retail the FRU merchandise in our stores but are really excited to join as an official sponsor and take the relationship to a new level where we help deliver success for rugby in this country.” he said.

CEO of the FRU Mr. John O’Connor extended his appreciation to the Tappoo Group in recognizing the value of aligning with Fiji’s national code and teams.

“We are pleased to welcome Tappoo into the Fiji Rugby Union family and are grateful to Mr. Harnish Tappoo for his decision to support the game of rugby.” he said.

The Tappoo announcement continues a string of new and renewed commercial partnerships between the FRU and some of Fiji’s major corporate organizations.

“Having proud and successful Fijian businesses such as Tappoo involved with our game and supporting the Fijian national teams is incredibly significant in our ability to compete on the world stage.”

“We look forward to supporting the Tappoo Trophy Displays in stores across Fiji and hope to contribute more as we enter the new HSBC World Sevens Series and our Fiji Airways Flying Fijians prepare for the Rugby World Cup in Japan.”

“It will be great to share the country’s successful rugby history with the people of Fiji and visitors to the island.”

In the recent Fiji Airways Drua National Rugby Championship Tappoo contributed a Fan of the Match series of jersey giveaways as well as the Player of the Match awards for each of the 7 fixture matches and will continue to introduce new initiatives throughout the partnership.

“We are passionate about connecting the fans of rugby to the teams that are representing our country and we will to continue to develop ways with the FRU to do that for Fiji.” said Mr. Tappoo.

The Tappoo Group has been an established icon in Fiji for 78 years originating as a hand crafted jewellery store in Sigatoka before building to be a giant in Duty Free, resort outlets, distribution centres, hotel management, major department stores, motor vehicle dealerships, Mobil fuel outlets and more.