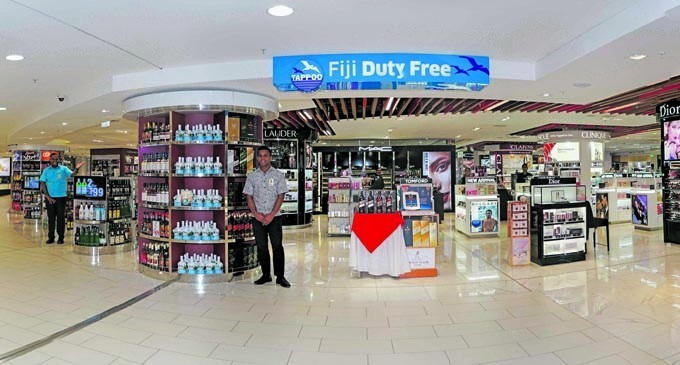 The Tappoo Group of Companies added another feather in its cap when its Duty-Free arm was shortlisted for awards in three major categories at the 34 annual Frontier Awards in Cannes last month.

Widely regarded as the ‘Oscars of the travel-retail industry’, the Frontier Awards celebrates the highest achievements in duty free retail across the globe, which is expected to exceed $70 billion in sales in 2018.

In 2016, Tappoo unveiled a new world-class Duty-Free shopping experience to match the new look Nadi International Airport that was unveiled in June after a upgrade.

The new Tappoo departures duty free store features a modern walk through design that allows departing travellers to easily navigate their way through state of the art displays from some of the world’s best-selling liquor, confectionary, fragrance, skincare, cosmetics and fashion brands.

In addition to MAC Cosmetics and Bobbi Brown (exclusives for the Fiji market), the Nadi airport store now exclusively carries the cult British perfume and candle brand Jo Malone. The store also features a variety of Fiji destination merchandise including Fiji Coconut Vodka, locally grown kava and honey, as well as Fiji Rugby merchandise, which was nominated for the Speciality Concept of the Year Award.

“Fiji Airports is proud to partner with the Tappoo Group in its efforts to provide an outstanding arrivals and departures experience for international guests and Fijians alike,” said Mr Faiz Khan, Executive Chairman of Fiji Airports, adding: “The Frontier

Awards nominations are a testament to the Tappoo Group’s ongoing commitment to delivering world-class Duty-Free shopping experiences to all travellers”.

After exclusively selling Fiji Rugby branded merchandise in stores for close to a decade, Tappoo introduced special branded Fiji Rugby corners in all of its main stores this year, which earned it a nomination for the Frontier Speciality Concept of the Year Award. Tappoo has drawn on its retail experience with bestselling fragrances to develop a line of Fiji Rugby branded perfumes in collaboration with the Fiji Rugby Union.

“Having proud and successful Fijian businesses such as Tappoo involved with our game and supporting the Fijian national teams is incredibly significant in our ability to compete on the world stage,” said Fiji Rugby CEO John O’Connor at the signing of a new three-year partnership earlier this month, which includes trophy installations
in Tappoo department stores in Sigatoka, Nadi, Lautoka and Suva City.

Meanwhile, Tappoo’s Bula Bar & Bistro at Nadi Airport Departures was nominated for the Frontier Best Food & Beverage Partnership of the Year Award. Bula Bar & Bistro brings together a combination of fine coffee, deli style healthier gourmet food, and a welcoming bar where visitors and locals will find a variety of options before
they depart.